8 June 2013 Adur World Oceans Day Family event. Find out what lives in the sea and seashore, with live lobsters and crabs, a rock pool aquarium, whale and dolphin exhibition, touch table and activities for children. The thirteenth Adur World Oceans Day 2013 will take place in the marquee on Coronation Green, by Shoreham Footbridge at the High Street end on the second Saturday of the Adur Festival. Len Nevell of the British Marine Life Study Society presented the usual exhibition of lobsters and crabs. The Friends of Shoreham Beach (FOSB) took an active role with their display of the wonders of Shoreham Beach. Wildlife writer Steve Savage presented the whale and dolphin exhibition with the life sized replica of a Bottle-nosed Dolphin. 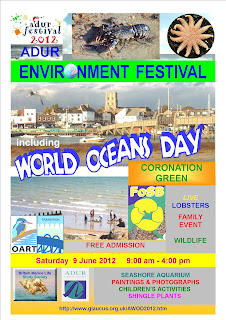 For the twelfth successive year, Shoreham-by-Sea will be celebrating the international World Oceans Day with an all day environmental fayre about the local sea and seashore.  The exhibition will take place under the marquee on Coronation Green (on the town side of Shoreham footbridge) all day on Saturday 9th June on the second weekend of the Adur Festival. Len Nevell will be present with the lobsters and crabs, and there will be aquarium and strandline exhibits of what lives under the sea off the Sussex coasts.
"The idea is to give the younger children a first hand experience of the undersea world, to show them some of the creatures, small fish, crabs and other strange animals that live in our oceans. Several national initiatives have now caught up with the lack of contact of nature that young children have." (Quote by Andy Horton) Experts will be on hand to answer questions and identify anything washed up on the seashore and seen beneath the waves. Wildlife writer Steve Savage will present the whale and dolphin exhibition with the life sized replica of a Bottle-nosed Dolphin. The Friends of Shoreham Beach (FOSB) will again take an active role with their display of the wonders of Shoreham Beach with opportunities for children of all ages to participate. There is still space for wildlife, heritage groups, other local community groups, volunteers and anybody interested in the oceans and wildlife to participate.

World Oceans Day was first declared as 8th June at the Earth Summit in Rio de Janeiro in 1992. Events will occur all around the world on and around this day, which now enjoys the support of the United Nations on the sustainable use of the resources of the oceans. In June 1992, over 150 Heads of States signed the Convention on Biological Diversity at Rio de Janeiro. They did so to express a shared belief that action must be taken to halt the worldwide loss of animal and plant species and genetic resources.

Adur World Oceans Day is a collaborative project by various groups including the British Marine Life Study Society, the Sea Watch Foundation, Friends of Shoreham Beach, the Ouse & Adur Rivers Trust and other groups, with support from Adur District Council.

Other events will take place in East Street and Shoreham town centre on the same day, including the monthly Farmers Market and the Food & Drink Festival. (David Steadman is the contact for further details of what else is going on.)

The oceans are essential to food security and the health and survival of all life, power our climate and are a critical part of the biosphere. The official designation of World Oceans Day is an opportunity to raise global awareness of the current challenges faced by the international community in connection with the oceans.

A celebration of Great Food & drink

Local and regional producers and suppliers of Speciality Food & Drink will be promoting and sampling a wide range of quality food and drink in the Festival marquee and stalls on Coronation Green.

Working together to create a green, clean and sustainable environment.

Talk to local organisations involved in improving your local environment:: learn about projects happening in your area: get involved by volunteering: learn how to be energy efficient at home: talk about wildlife in your garden: share knowledge and expertise

Shoreham Farmer's Market will occur on the same day.

World Oceans Day was first declared as 8th June at the Earth Summit in Rio de Janeiro in 1992.

Events will occur all around the world on and around this day.

In June 1992, over 150 Heads of States signed the Convention on Biological Diversity at Rio de Janeiro. They did so to express a shared belief that action must be taken to halt the worldwide loss of animal and plant species and genetic resources.

I like to see the event as a team effort and I am pleased that we are part of a bigger environmental festival. This what I envisaged at the very beginning but it takes time for everything to come together.

What all the people of Shoreham should know about their town. And what is not written in Henry Cheal's books or in Freddie Feest's Shoreham Herald columns. Bring your critical facilities with you, because lots of the material is new thinking. Written under the pseudonym of Questor Stanton, the format asks questions and then I attempt to find out the answers. e.g .Who were the first Shorehamites? Where was Pende? What does the name Hulkesmouth mean? How did the Marlipins get its name? Who were the Butterfly Collectors?
Venue: St. Peter's Church Hall, West Street
Members £2, others £3

"The truth of the matter is, Gore's film was a launching platform for this one" – Di Caprio. "I expected something impressive... But The 11th Hour takes the debate about the environment to a whole new level. It places the problems we're now mostly aware of in the context of something bigger... It is shockingly ambitious, and it works" – The Ecologist.

The next event in our calendar is the Autumn Coffee morning. This will be held on Sat 25 October 2008 between 10am and 12 noon at the Holy Family Catholic Church Hall, North Road, Lancing There will be refreshments, a raffle, book and plant sales and bric-a-brac stall. 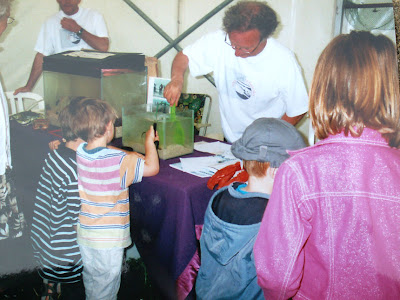 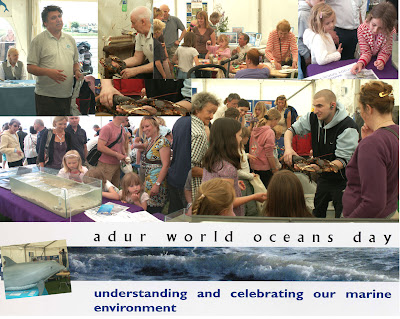 Expensive but recommended for the cheeses and possibly the Calvados.

The Shoreham Farmers Market is set up to support and promote the production of local produce and to promote healthy eating and more environmentally friendly and sustainable food production.
The market offers local producers a retail outlet that enables them to sell direct to the public. The Farmers Market is part of the Adur Town Centres Initiative aimed at helping to improve the vitality, viability and quality of Adur Town Centres.
The Farmers Market takes place on the 2nd Saturday of every month and is situated in EastStreet Shoreham by Sea (Closed to traffic during market hours).

Tuesday 27 November 2007
TRADERS in Shoreham host a Christmas extravaganza on Tuesday from 5pm to 9pm.The event, organised by the Shoreham Town Association, will coincide with the switching-on of Christmas lights – and shops along the High Street will open late.
The Marlipins Museum will be open, serving mulled wine, and there will also be street performers, funfair rides, live music, carols and a Santa's grotto.

Adur will be one of the UK leaders in presenting an environmental exhibition
of World Oceans Day on Coronation Green, Shoreham-by-Sea.

Find out what lives in the sea and on the seashore off the Sussex coast, with exhibits hosted by local experts and enthusiasts of the undersea world. Live lobsters and crabs, a rock pool aquarium, the whale and dolphin exhibition, a touch table of strandline exhibits found on the shore and other interactive displays will be on display under the marquee on the green overlooking the River Adur by the footbridge. Allow at least an hour for an educational exhibition for the youngest to the oldest member of the family. Exhibitors will be able to find the time to answer questions about marine life.
Admission is free and refreshments are available nearby in East Street. 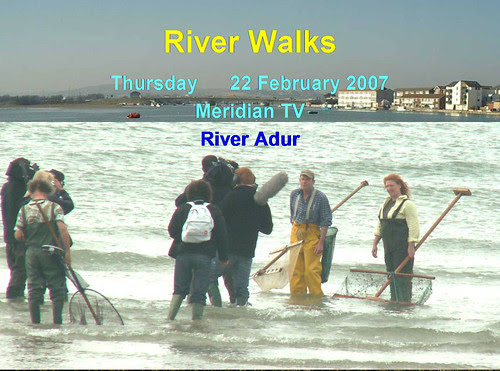 Series that sees Charlie Dimmock walk the waterways of Southern England. In the last of the series West Sussex is her destination. The country around the River Adur offers up its secrets, including the secret film-making tradition of Shoreham to Charlie. On her walk from the sea to the South Downs she visits the birthplace of Sussex aviation and tries her hand at shrimping. 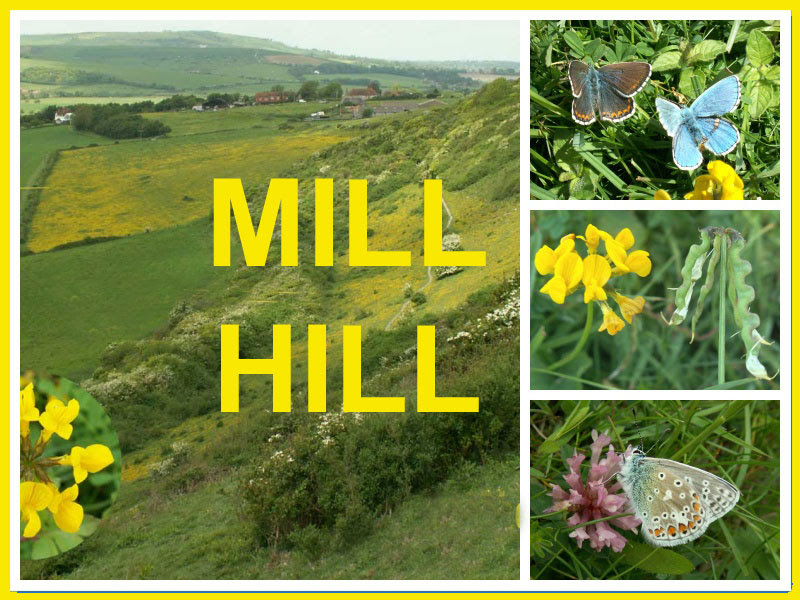 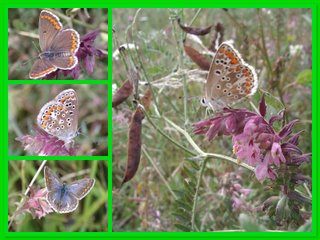 Organised by the Southwick (Sussex) Society

plus mince pies and coffee in Shoreham Library

I have created a new discussion group called Sussex Nature notes
http://www.mailspaces.com/spaces/sussnature/
Images are fed to it from the Flickr group pool of "Sussex Wildlife"
http://www.flickr.com/groups/sussexwildlife/pool/

Black Star brewery are sponsoring vintage bus runs from Brighton to Worthing stopping at the Duke of Wellington (Black Star pub), Shoreham, from 1 pm to 4 pm.

Don't quote me on the details please. 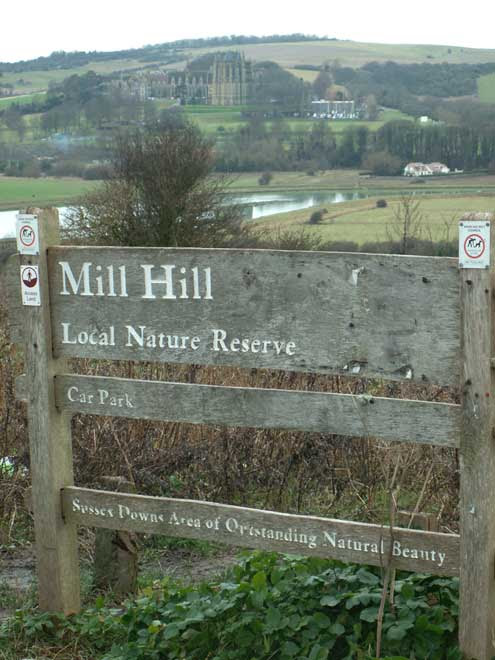 Suitable for all ages including children. Bring digital cameras, magnifying glasses and binoculars (all optional).

The focus of the walk will be on butterflies and herbs.

Duration:
1 to 1½ hours depending on the enthusiasm and fitness of the participants. There is a gentle gradient on the shorter transect, but the optional second part requires a steeper climb.

Organised in conjunction with the Shoreham Society.

First Draft of the Article for the Shoreham Society Newsletter

1) Moira Evans, portrait painter: 29 April to 20 May
2) Bungalow Town, Shoreham and Lancing: exhibition of photographs from the collection of Edward Colquhoun: 24 May to 24 June with Private View on 23 May
3) Brighton Sculptors, with Teresa Martin: July 1 or 8 to 29 July
4) Pirate Scenes, artwork from St Peter’s and Shoreham First School, through the Literacy Project (see 5b): 27 July to 2 September
5) Model Trains: 11 August to 26 August
6) Shoreham Stamp Club and Postal History: 12 September to 23 September

Adur will be one of the UK leaders in presenting an environmental
exhibition of World Oceans Day on Coronation Green, Shoreham, as part
of the Adur Festival. 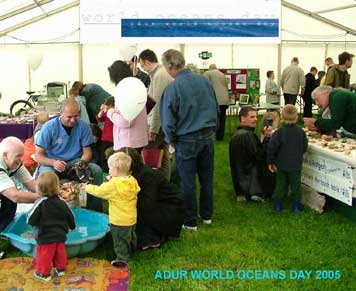 This fayre is open to both clubs (e.g. wildlife clubs) and individuals.

Attendance about 3000 so helpers are often needed. Tables plus electricity under a marquee.

Places are still being accepted for participants. Previous participants will be given preference.

NB: For allocation of spaces and insurance and logistical reasons, we will need advanced warning. The organisation is run by the Adur World Oceans Day Committee so any potential participants are welcome to be part of the management.

This is an educational fayre for sustainable activities.

In June 1992, the UK Prime Minister and over 150 other Heads of States signed the Convention on Biological Diversity at Rio de Janeiro. They did so to express a shared belief that action must be taken to halt the worldwide loss of animal and plant species and genetic resources.

World Oceans Day was first declared as 8th June at the Earth Summit in Rio de Janeiro in 1992. Events will occur all around the world on and around
this day.

Cattle all over Mill Hill

There are cattle all over Mill Hill from Old Erringham Farm enriching the low nutrient hillsides with their dung and threatening the flora (Horseshoe Vetch) and the internationally important population of Chalkhill Blue Butterflies. It looks like the fence was broken down deliberately, probably at the instigation of the South Downs Conservation Board on public land given to the people of Shoreham. There is also the danger or erosion, breaking up the steps under the hooves of the cattle and reduction of the amenity value of the downs. They were timid cattle and they were shooed of the vulnerable lower slopes by the public.

1 February 2006
The cattle have now been removed. 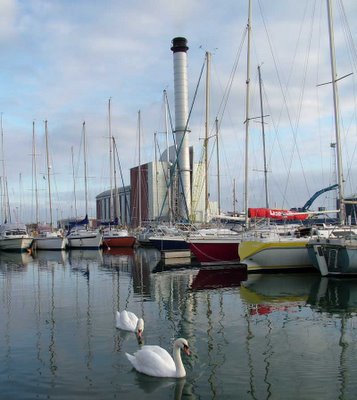 A Pair of Swans glide through the calm water at Shoreham harbour near the power station.
The water here is clear and shallow, ideal for Swans to graze on the weed.